A Beginner's Guide to GaryCon

I was having a conversation with some friends last night, and they mentioned that there should be a "newbie's" guide to the major gaming conventions -- we were talking about the DCC RPG community because we always have great representation at the various cons. And since I thought it was a great idea (thanks +SGT Dave ) I'm going to share my experiences with the cons that I've managed to attend over the last few years (namely North Texas RPG Con and GaryCon). Since GaryCon is next week, I figure this will be timely for all the folks that are making the trek to the great white north for the first time.

GaryCon takes place in Lake Geneva, Wisconsin, birthplace of D&D (or at least one of them). It's a convention that Gary Gygax' sons put together to honor their father and they invited the whole damned gaming community!

There are literally hundreds of games going on simultaneously. I'll let you peruse the schedule yourself to figure out what you want to play. Everything from the oldest of the old school (they have at least one sand table) to the newest (lots of story games representation) and the most popular (both D&D and Pathfinder organized play have a sizable presence). The vendor space is smallish, but vibrant. 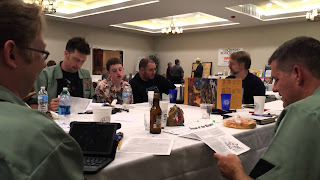 There are few things to consider with the location that might not be apparent to the first time convention goer: Getting there, the weather, where to stay, and where to eat...

First and foremost -- there is no major airport in Lake Geneva, Wisconsin. The closest airports are in Milwaukee (about an hour north) or Chicago (about an hour south). So, unless you have someone willing to schlep your butt to LG, you'll have to rent a car. I don't know if Uber can get you there...or if it would be cost effective. We travel from Austin every year (this will be the third year I'm attending). We flew the first year and rented a car -- and it was good, if a little more expensive than I wanted it to be. Good to have transportation -- the town of Lake Geneva is a nice little resort town. Last year and (planning) this year, we drove from Austin, Texas. It's a hump, but much cheaper than flying my whole gaming clan up there and renting a vehicle big enough to haul them all over the place.

Weather -- If you think: Well, it's late March, the worst of the winter should be over right? That means you live somewhere in the same latitude. In Austin, we're already in the 80's with birds chirping outside and leaves already fully on the trees. In Lake Geneva, however, winter generally still has a stranglehold. This is speaking from two years experience -- the lake was solidly frozen over both years while we were there. Though last year it was starting to melt off. Looking at the forecast this year, it's going to be a balmy high 50's during the day and mid 40's at night, so maybe not too bad this year. But, Rain/Snow Showers are predicted for Thursday (March 30th). Seriously -- if you're from my neck of the woods, that's winter! So, pack accordingly. 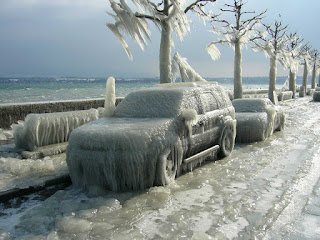 Where to Stay -- Looking at it today, there are still rooms available in the Grand Geneva Resort, where the con takes place, though not at the con rate (right now, from Wednesday to Sunday will run you $1000!). We have always stayed offsite. Year 1, we stayed in downtown Lake Geneva at a pretty little resort hotel at a good rate. Last year and this year, we booked an AirBnB at much nicer rate. Of course, you'll need transportation, but I like to actually leave the con and do other stuff, so it's a bonus for me.

Where to Eat -- The food at the Grand Geneva is pretty good -- they always have a Con menu for quick food. But, Lake Geneva has some great little restaurants. There are a few about half-a-mile from the con. Otherwise, you'll need to drive into town (still not that far). My advice: Don't eat every meal at the Con. Take a break, grab some friends, and go hit Sprecher's (German restaurant), Rosati's (cheap pizza joint nearby), or out to Anthony's Steakhouse (expensive, but really good). 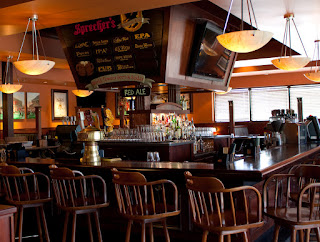 Yes, like I said, there's gaming. More gaming than you could possibly participate in. So you have to make your choices count. The big draw for GaryCon, at least for the old school players, is the presence of the "old masters" -- meaning those folks that were around when D&D was in its infancy. Frank Mentzer (of the Mentzer basic set), Tim Kask, Diesel LaForce, and Jeff Dee all generally run games in the old D&D mode. But, there's also a ton of other big names new and old.

My quick and dirty advice for the first-time old school gamer at GaryCon is thus:

Don't think that just because you paid so much and came all this way that you have to spend every minute of every day at a gaming table. I made this mistake at my first gaming convention, and I'll never do it again. There are some fun people at these conventions and everyone seems to be there to have a good time. The Grand Geneva has a small dance club on site, but you can also go into town and visit the local nightlife. It's a small town, so it's not what I would call vibrant, but plenty of places to grab a few new friends and hang out for a couple hours. 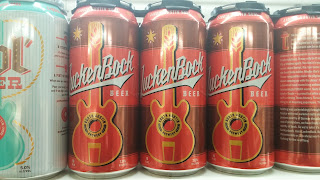 My Pitch: The Cultural Exchange

Last year I started a thing I call the Cultural Exchange. On Saturday night, as games are winding down, we gather on the second floor and occupy a few tables. Everyone must bring some food/drink items of their people. We have people from all over the country and the world. It's great to try beers, food, candy, whatever, that I've never encountered before. I prefer to bring some craft/local beers from Austin, but other folks bring Grape Nehi and Moonpies. Either way, we sit around and socialize, talk about the con, and scheme out our next gaming things. Join us there, and bring the foods of your people. I hope this becomes a tradition, because I think it was a big hit last year.

Anyway -- most of all have fun. You're there to game, but you'll find that you develop a second family if you go to enough of these cons. For my part, I schedule only one or two games these days. Most of my time is spent hanging with my friends and playing off-book. If you see me there, hit me up. We will find something for you to play.