For a number of years, I've felt that clerics in various D&D iterations got short shrift from the perspective of

the greater campaign world. I understand that depiction of religion as it affects real life is a controversial subject. When you fictionalize people's beliefs, you're likely doing them a disservice, even if your intentions are good. I've always felt that religion did not play enough of a role in the campaign worlds of various gaming worlds. In our world, religion is has been a driver of culture and government since we first gathered together in clans or tribes, and certainly since we built cities. And as such, belief is a driver of conflict, which is the driver of story.

So, in thinking through this Welwood mini-sandbox thing to support the God-Seed Awakens, I screwed up and invented a religion. The seeds and roots of this idea have been germinating since before I found DCC RPG. I had thought to build a conversion of a system found in the Darklands video game whereby the priest characters in that game derived power from their knowledge of the saints. The priest gains this knowledge through game play and, as knowledge of specific saints increases, he gains more potential power.

The way DCC RPG handles clerics, and magic in general, fits this idea so perfectly that I've been mulling it over since coming to the game and building this mini-sandbox gave me the impetuous to flesh out the construct a little further. I'm angling the cleric to be more like a wizard in the belief that a god is a patron with a different moniker and more believers.

As a disclaimer and full attestation, the Zharanthian Church and its one sect, the Bethines, are based on my reading on the following religions, which were used as idea generators. This is not a thin mask to make personal statements about any religion. It's an attempt at building a fictional religion that has some basis in human nature. The basis being that humans have really good ideas that they then corrupt to their own ends and subsequently struggle to get back to the core "goodness" as individuals and groups. As a reference, I primarily looked at Zoroastrianism, but also Shintoism, Buddhism, and various Islamic and Christian sects.

Also, I have to credit the Darklands video game for the idea of the structure and  Chris Gonnerman (of Basic Fantasy fame) for the idea of a church/sect relationship within D&D-esque gameplay. His sect is the Bethites, originating from a city called Beth in his campaign world, mine are Bethines, originating from a synonym of a church, bethel, keying on the British definition of a "Nonconformist" chapel.

Another note about language. I could have gone through and invented words to represent bethels, priories, prelacies, and the like, but the words already exist. I understand that they are pregnant with meaning already, but they weren't used to offend anyone or make a personal statement about real world religions. One thing I struggle with in gaming literature is the creation of words for common things that I then have to somehow learn and keep straight while reading and within game play. If I made up a word for monastery (like uptilogilon), I'd struggle to pronounce it at the table, and then I'd have to continually amend that with "it's like a monastery" for the player's benefit. So...there you go.

With all that prelude, I present the Zharanthian Religion, its outlawed splinter sect, the Bethine Church, and its religious organization. Also included is the Zharanthian/Bethine Cleric class (a modification of the DCC RPG cleric class) and a few of the Anointed (or saints) from which the priests derive their power. And then I threw on the Brakaran Calendar that I use in my campaign.

Let me know what you think. I've run a couple of these characters, but consider this a barely playtested draft and feedback is always welcome.

The Zharanthian Church
Posted by Paul Wolfe at 10:07 No comments:

My robot class page disappeared... So, here it is recreated...

This is a DCC class inspired by +Patrick Wetmore Anomalous Subsurface Environment. If you haven't got it -- go get it now!

The tokar is a character class that I use in my home campaign as an answer to dwarves. I like dwarves, but they seem a little vanilla to me, after 30+ years of gaming. Irascible, axe-and-shield-and-tankard, beards, etc.

This is an entry that will be included in the Reaches of Welwood free mini-sandbox that we're doing to support The God-Seed Awakens.

Anyway, let me know what you think. 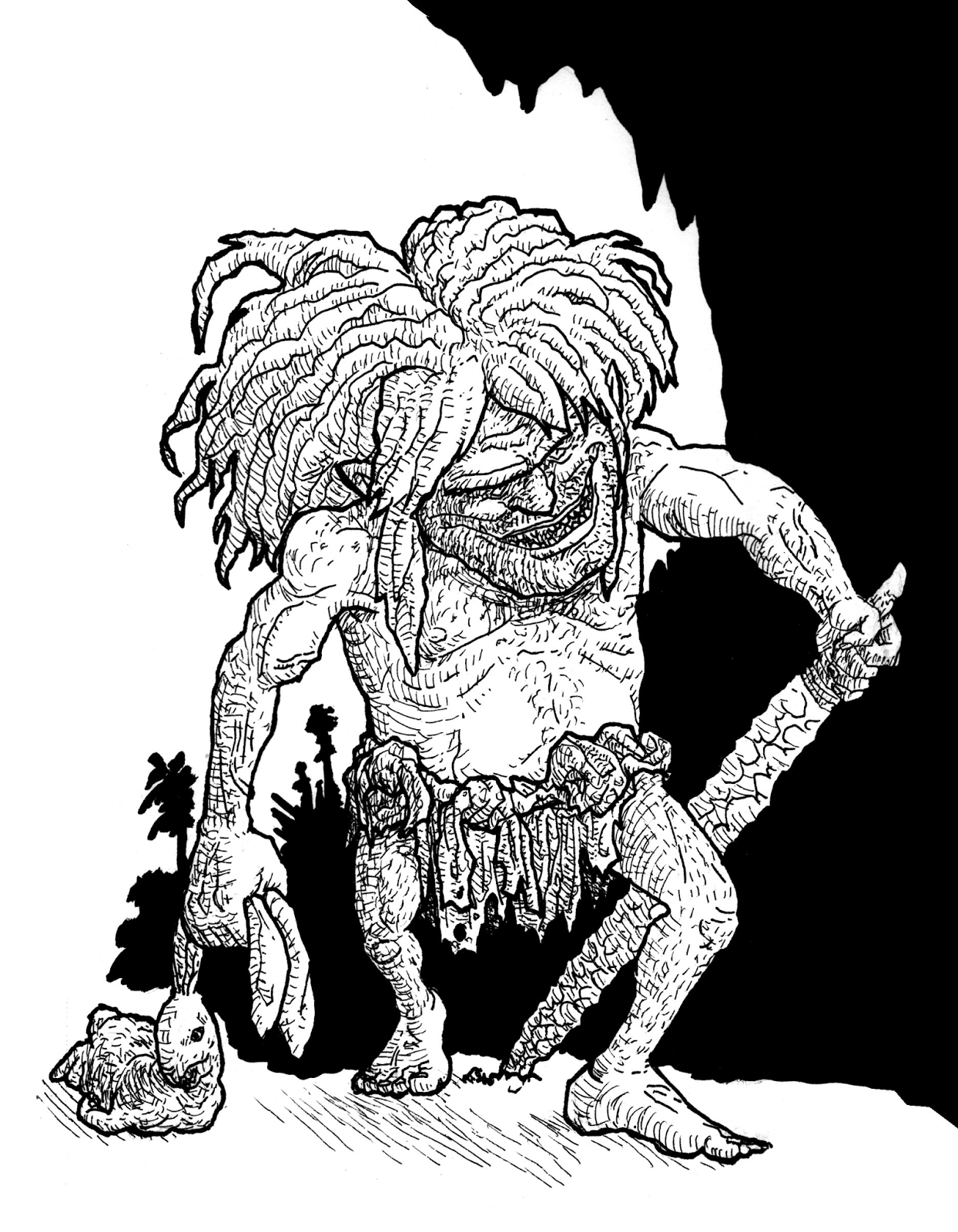 In the God-Seed Awakens, the appendix details a set of hooks that may draw the characters into the adventure. Additionally, there are rumors that may be gathered from the settled areas around Mount Welwood, the optional setting of the adventure. While we are working through the final details of this free mini-sandbox, take a look at the draft preview and the area map. The preview details the main town, Port Marcester, and provides some background for the area already in political and arcane turmoil. 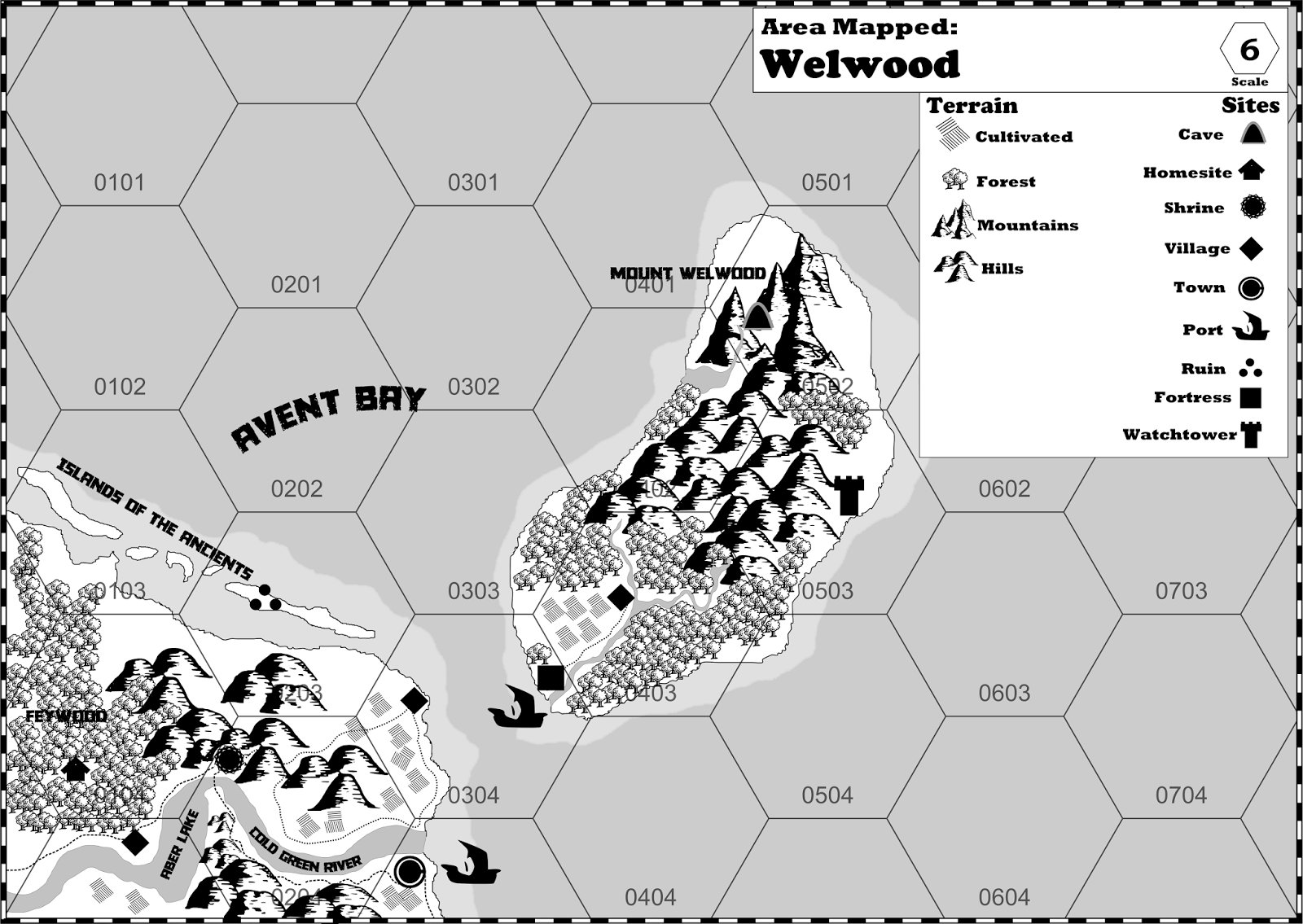 The Reaches of Welwood (PDF)