Working Through the Ketsueki Empire Part 1

This is a campaign setting I'm developing for eventual 'zine publication, if there's interest. We're playtesting it as we go and making adjustments.

Players Guide is up...

Overview of the Ketsueki Empire

Background and Disclaimer
The Ketsueki Empire is heavily based on the late classical period – specifically the late Heian period – of Japanese history. In the late 1100’s, the government and culture of Japan were undergoing a transformation from being primarily ruled by the Emperor and his noble relatives to being ruled by the samurai, and eventually a Shogun. During the late Heian period, the Fujiwara clan (a family related to the Emperor) ruled as regents to the Emperor and controlled most political posts in the country. Two other clans, the Taira and the Minamoto (both also related to the Emperor) were on the rise. In the 1170’s, Taira displaced Fujiwara as regents of the Emperor and became the most powerful clan in the nation – immediately putting them into conflict with the Minamoto clan. This culminated in the Genpei War, which began in 1180, and eventually saw the fall of the Taira and the complete domination of the Minamoto clan. In 1192, Minamoto no Yoritomo established the first shogunate, the daimyo system of control over the provinces, and put the samurai on a path to control of the country in place of the nobles.
Some important facts about Heian period Japan that are different from later periods that are usually the setting for “samurai” rpg games, and most of the genre content out there (movies, comics, etc):
Disclaimer: I am not a Japanese historian. All of my information comes from the books that I have, and a few websites (Wikipedia and Samurai Archives being the two main ones). I also don’t speak the Japanese language. With both of those givens established, I’m taking what I've read, making some assumptions, leaps of faith and pure personal datastitching to build a world that is firmly fantasy. I have enlisted the aid of +Claytonian JP to assist me with the names (he’s already helped immensely!). There may be Japanese speakers out there that will guffaw at some term, made up name, or misinterpretation of legend, folklore or history. I mean no offense by this – I’m merely trying to build a fantasy world that has the same feel as the fantastical-historical Japanese world. This is especially true of any depictions of religious ideologies.
Also, as a further disclaimer, I’m not trying to teach a history lesson. Hopefully the content based around Imperial Ketsueki will be as fun to play as Sailors on the Starless Sea or Perils of the Sunken City. My DCC games have always been an amalgam of sword and sorcery, science fiction and other pulp literature and movies from the 1950’s to the 2010’s. The Empire of Ketsueki just adds a couple thousand years of legend, folklore and history from the islands of Japan to the mix.
Imperial Ketsueki

The Land
The Ketsueki Islands are a volcanic archipelago situated in the Nalic Ocean, about a thousand miles off the west coast of Nemel, the largest continent upon the world of Tysaan. The islands were formed by several volcanoes and are extremely mountainous and rugged, though lush with highland forests of trees and bamboo. The lowlands are fertile and cultivated with rice and millet by the peasant class. The four main islands have the following qualities:
The People
The Ketsueki are a smallish people, dark of hair and fair of skin, but are generally industrious and devoted to the Emperor, the priesthood of the Ten Million Gods, and their lords.
Other than the Ketsueki, other races/peoples may be encountered on the islands:
The Caste System
The empire is a feudal society stratified by a caste system, with the Emperor and his family firmly at the top. Below the nobles are the gentry comprising four main familial clans of warlords known as the samurai and many smaller vassal clans. Though they exert the brute force of the Imperial family within the Empire, they are primarily responsible for subjugating kuregen and tokar tribes that still inhabit two of the main islands (Aku and Zuhana) and innumerable smaller islands.
Below the gentry are the peasants, a class of people that include farmers and fishermen at the top, artisans and craftsmen, and then merchants, money handlers  and other “city folk” at the bottom.
At the very bottom are the outcaste, which include the poor/indigent and laborers in “unclean” trades (such as leatherworking, gongfarming, and those that touch the dead). Those considered unclean are generally stuck in their state, though those that are simply poor or in disreputable trades have some social mobility into the peasant class, and on rare occasions, into the gentry.
The Priesthood
The priesthood of Imperial Ketsueki is considered to be outside the caste system, and technically anyone can shave their heads and become priests. There is no one faith; those that commune with the “ten million” gather in sects that have as much to do with political aspirations as spiritual. The noble clans each support one or more sects and oftentimes, these priests join in conflicts against other clans and other sects. As a faith, the priesthood acts as intermediaries between the people of the Ketsueki Empire and the many spirits, ghosts and demons that inhabit the wild lands of the Ketsueki Islands.

Next Up
Posted by Paul Wolfe at 23:39 No comments:

DCC in Land of the Rising Sun 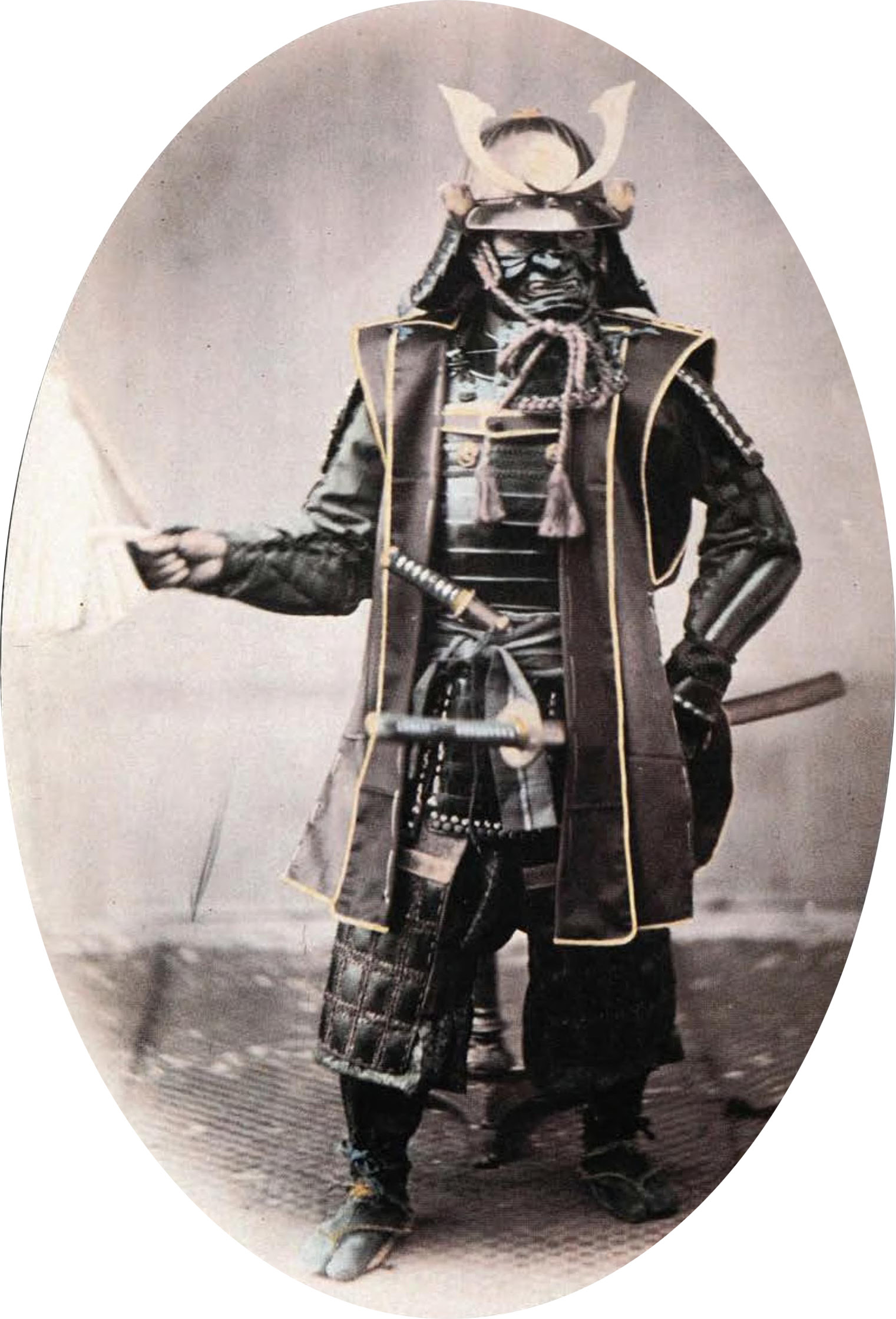 Since Oriental Adventures, I've been captivated by the idea of role playing in medieval and late classical Japan. In the late 90's/Early 2000's, I ran across a game called Sengoku, which used a ruleset called the Fuzion engine, but beyond that was one of the best gaming resources for flashing blades chanbara samurai action that I've ever seen. For a couple of years, I lovingly built a setting and "adventure path" based on noh dramas...to no avail. I could find no one that was interested in the genre or learning a new system. In that time, I read everything I could get my hands on regarding the period, as well as before and after.

Anyway, all that to say that the bug has been crawling around my brain with regard to the samurai genre for all that time, and I'm finally launching a DCC game in that genre.

What I have so far are a few draft, ready-to-playtest docs to get us started. I'll have modifications and additions after we play next week. 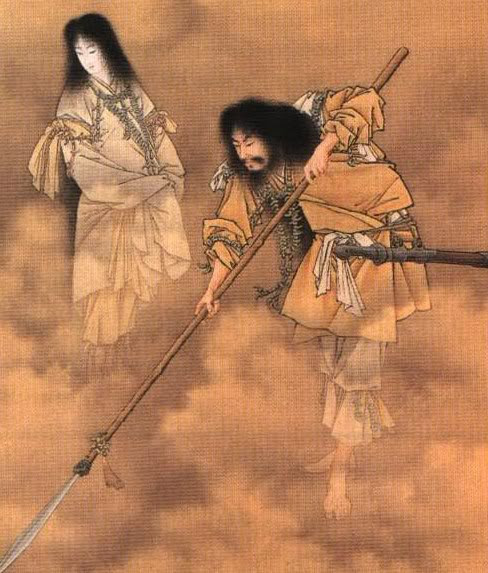 The campaign is called Incidents of Travel in the Ketsueki Empire. I'm planning to run in-person games at least once a month. If there's interest, I'll run some random G+ games. If there's even more interest, I'd really like to do a 'zine with community input/writing. If you're interested, PM me on G+.

I'll be posting more about this campaign here, including some info on the real world basis and inspiration for the world.

As always, let me know what you think.

Incidents of Travel in the Ketsueki Empire -- Player's Guide
Posted by Paul Wolfe at 12:50 No comments: