Blame it on the Keep, Part 2

I have been fairly inundated with DCC RPG writing, playtesting, and general gaming for a couple of years now. Recently, (mostly due to +Eric Hoffman ) I jumped back into running a B/X/Etc. game based around Keep on the Borderlands.

This campaign took off over the holidays. True to form, the PCs (in game) and deliveries (out of game) changed the trajectory of the campaign world.

I had been angling for a space that I could run a number of the old school modules, since (to be completely honest) I've never played nor run most of them. As you can see from the campaign map, I was going with the U1-3 series (Saltmarsh etc), Ghost Tower of Inverness, Assassin's Knot (at least some portion of it) and White Plume Mountain. The towns and sites up north were reserved for a high level set of adventures that I wrote up several years ago that never got played. 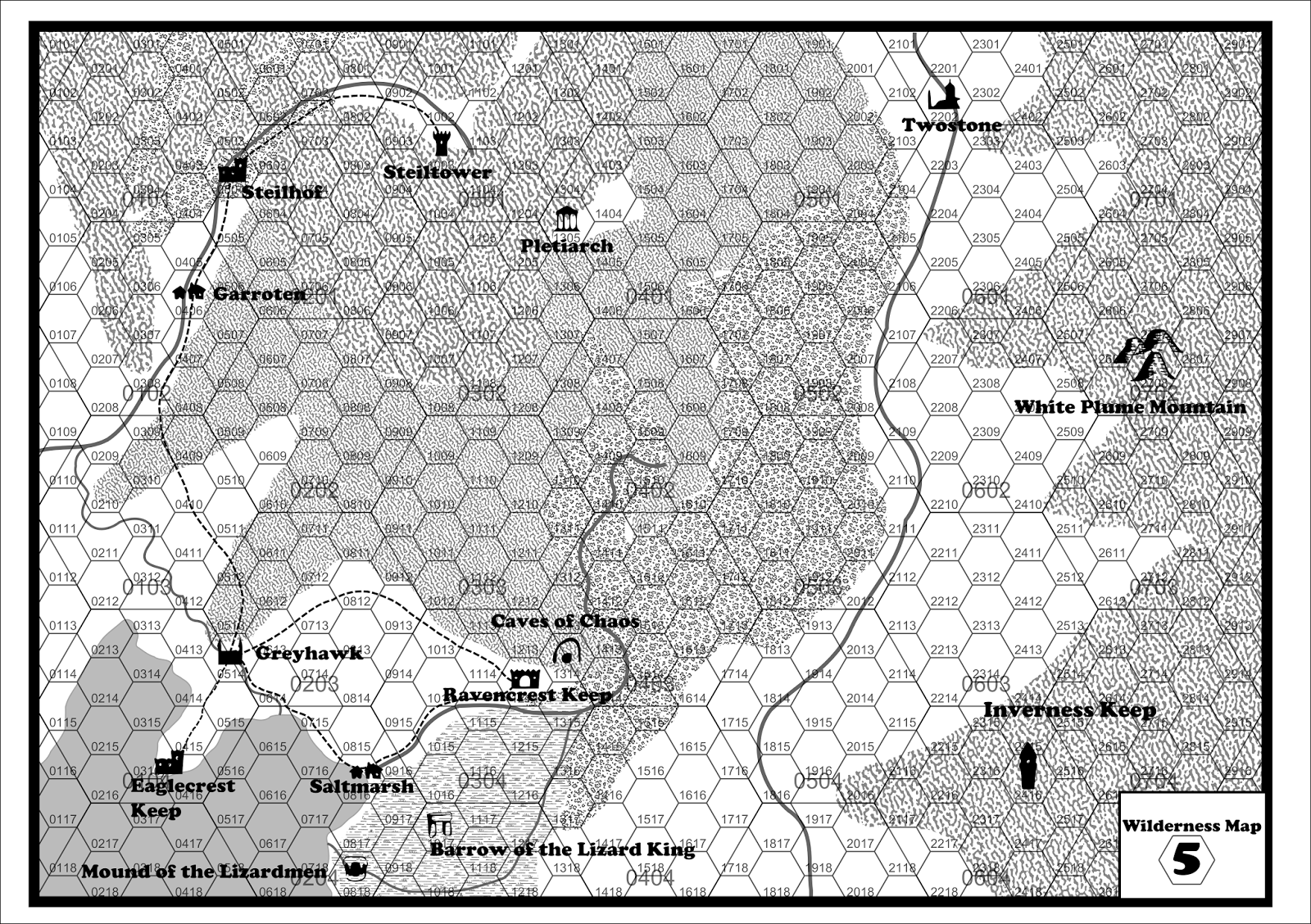 To start out, the PCs wrecked several plans within the Keep area -- drove off the evil priest that was lingering about the Keep, sent the kobolds on a mini-trail-of-tears, and then discovered a barrow in the swamp that links to several storylines in Barrowmaze. I was marking time, really, until Barrowmaze Complete showed up, because I wanted to send them through a modified Barrowmaze -- with just a handful of the barrows and a section of the maze. Then Barrowmaze Complete showed up on Christmas Eve... and the characters ran down their hooks to that area and, basically, refuse to leave.

So, now, the campaign map has changed... I'm still putting the U1-3 stuff on the coast (in Bogtown, instead of Saltmarsh), and I changed from Greyhawk to Ironguard Motte (mostly because Greyhawk is just too damn big!) for a large settlement in the area.

So far, in the Barrowmaze area, the party has come to the attention of the forces of both Orcus and those dormant (no longer) forces of Nergal. I had planned to link KotBL and Barrowmaze through Nergal (the evil temple in KotBL is an attempt to rally Nergalite forces, due to rumors of artifacts and shrines in the area). The party has raised Varghoulis, a Death Knight dedicated to Nergal, who in turn raised an undead army. He has since marched off to the north to consolidate forces for an old fashion "god raising." In the meantime, the party managed to lob a grenade into the the forces of Orcus, by murdering one of their priests and stealing a bunch of books related to rituals and histories of Orcus and Nergal.

So now, not one but two major evil cults are aware of, and not very happy with, the PCs. This should get really fun, really fast.
Posted by Paul Wolfe at 13:58 1 comment: