The Tools of the Trade

In my Galaxy War 1939 home campaign, I needed to give a thought to technology – it’s a retro-sci fi / alternate history setting, so futuristic computers, weapons and other equipment don’t necessarily exist, especially as ubiquitously as in other high-tech settings. The technology of space travel sprang onto the human race almost instantaneously, rumored to be some strange alien find in the Mongolian highlands. So, a fast technological leap meant that certain technologies just haven’t got there yet. Starships are hardy, but not as well-developed as, say a Star Wars type setting. Standard firearms are modified to function in space or different atmospheres, but they are essentially the same weapons used in 1939. Even the man-portable lasers are so new that they are bulky, rare and expensive. Heavier, crew-served laser weapons are also impractically expensive for every starship or vehicle to mount.

Additionally, the “treasure” system I’m using often calls for XdX rolls on the equipment table, so I needed a numbered table of equipment to more efficiently support that. So, what I did was take the standard White Star equipment table and rebuild it for my purposes. What you’ll see are slight changes, some things removed, some consolidated (like hand weapons), and some tweaks to prices and weights to account for the newness of the technology.

I added descriptions where necessary – where they differ from the standard White Star descriptions. Let me know if you see something amiss or have questions. The Big Plan™ is to release this campaign information as a pay-what-you-want PDF in a nicely formatted presentation. For now, they’re blogposts, mostly intended to get things organized for my home group. 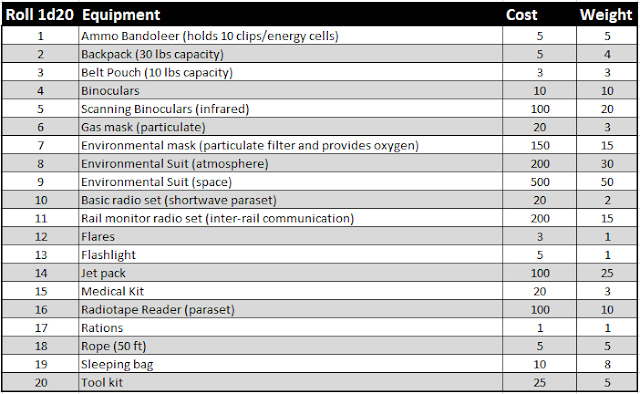 Ammo Bandoleer – Laser weapons in this campaign are larger, thus the energy cells are likewise more bulky. A clip for a standard weapon holds 10 shots.

Scanning Binoculars (infrared) – Other than standard binoculars, scientists have also developed bulky, night-vision binoculars. These devices display an infra-red image at the standard power of binoculars. They can also be switched to “day mode.”

Gas Mask (particulate) – This is a standard gas mask intended to filter out poisonous or biological agents from breathable air. The mask filter is good for 10 turns of continuous operation. 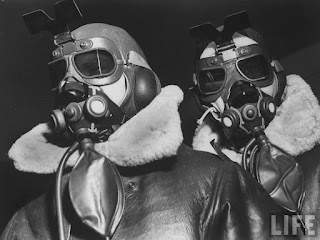 Environmental Mask (particulate filter and provides oxygen) – This gas mask includes a small oxygen bottle that attaches to the belt with a hose to the mask filter, providing breathable air, as well as the standard filter capabilities of the gas mask. The oxygen and mask filter last for 24 hours of non-strenuous activity. For more strenuous use, GMs can modify the operation time. Oxygen bottles weigh 12 lbs and cost 50 credits. A refill of an existing bottle costs 20 credits.

Environmental Suit (atmosphere) – This system provides a protective suit with an environmental mask. The suit provides no armor protection, but protects the user from hostile environments, such as extreme heat or cold, corrosive atmospheres, and the like. The suit can operate continually for 24 hours of strenuous activity, and unless destroyed, can be cleaned and recharged for further use.

Environmental Suit (space) – A bulky space suit, combined with environmental mask with oxygen, shielded helmet and protection from heat/cold and the vacuum of space. The space suit can operate continually for 24 hours of strenuous activity. 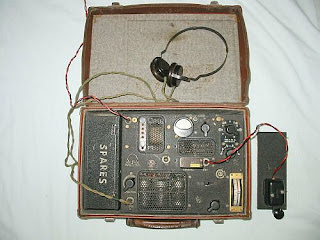 radio, with whip antenna, handset and parabatteries. The set has a range of ~1000 miles depending on the length of the antenna and interference. With the addition of accessories, the paraset can be used as a radiotape reader/writer and basic computational device.

Rail monitor radio set – This radio set is a specialized device that interfaces with a ship’s rail monitor, allowing for communication between star systems using the rail network. Though radiohacks are expert in the use and operation of the rail monitor radio, others can successfully use the device with a Saving Throw. 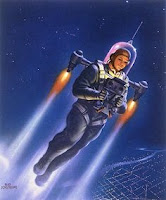 Jet Pack – The jet packs of 1939 are bulky, expensive and dangerous. Each use requires a Saving Throw to successfully take off and land. Some versions incorporate glider-like wings – the jet pack serves to get the pilot off the ground, while the wings guide and extend flight after the jet is turned off.

Radio-Tape Reader – Information is stored on a technology called radio-tapes (think a reel-to-reel tape system of later years). The radio tape reader is an accessory to the basic radio paraset and includes a small text-based screen and keyboard, in order to read/write data to the radio-tapes.

Weapons in 1939 are different from a standard White Star campaign setting. Man-portable laser weapons exist, but they are more rare, heavier, and expensive. Most soldiers, pirates and scalawags use standard firearms, though soldiers may have submachineguns and machineguns, as well as rocket launchers and other heavy weapons. Mono-molecular melee weapons and star swords are not known to exist.

The technology of standard issue armor is much lower than the standard White Star RPG campaign. Though some laser reflective coating exists, for the most part, standard armors are less effective against laser attacks. Rumors of recently developed armored space suits, “war suits” and other forms of personal protection are rampant but unconfirmed. Most front-line soldiers and partisans only have access to light armor, relying on cover and concealment to protect them from attacks. Energy shields do not exist, though shields with laser coating are a recently available and expensive protective device.

This project looks interesting, but please - no WWII-era planes or ships, unchanged but for having rocket motors bolted on! Flash Gordon-style ships, yes, but not Spitfires or tramp steamers!
Grif

I'm using WWII era planes/ships as guides for the visual design. I think you'll like it. Actually, the first two I've had done are based on 50's era British fighters... they just looked more sci-fi.

The main idea with starships are that the powers discovered a technology that allows spaceflight, but had to quickly adapt the technology to what they had available. Thus the look and feel of 1939 spaceships...