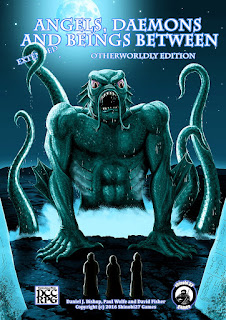 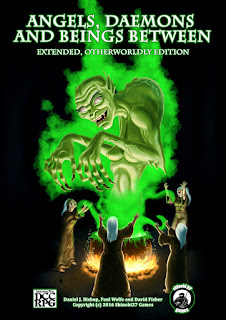 The Battle of Ravencrest Keep -- Dumb-assed Mass Combat for your B/X, OSR Games

I'm a boring fucking gamer. It's true. When I was a kid, I had the following books/supplements for D&D/AD&D: Basic Set (Moldvay), AD&D Player's Handbook, AD&D Monster Manual, and (eventually) AD&D Fiend Folio. By the time I toodled off to the Army, I had Oriental Adventures, the "Survival Guides" and Unearthed Arcana -- basically trading in my McDonalds and Wal-Mart paychecks for D&D stuff. Never had a DMG. Had a couple of modules (I3-6 and some Dragonlance, which I never played or ran).

In most of that time, I had Keep on the Borderlands as the sole module for gaming fun. If I didn't write it, we were playing at the Keep. It's still one of my favorite modules, not because it's so well written or anything, but because it's completely open-ended and detailed enough that you can take it and make it your own.

For the last four or five years, I've run a home game with the Keep as a centerpiece. I've run this area with AD&D, B/X, Castles and Crusades, Rules Cyclopedia and DCC RPG. The campaign area contains +Greg Gillespie's Barrowmaze Complete content -- towns and the Barrowmaze -- as well as some elements of the U1-3 series, T1-4 series, B3, B4, B5, A1-4, +Michael Curtis' Stonehell dungeon  etc. And a healthy helping of stuff that I've developed (and the characters have never gotten to... to my dismay).

But always, the Keep is the centerpiece. It's usually where the characters start. The reason, I think (thinking psychologically) is because MY characters always started at the Keep. Whether I was running a game for my sister and her best friend (they were halfling thieves that were more concerned with shopping for Member's Only jackets than adventuring), my Dad and my uncle (my Dad still gripes about how the Provisioner tried to chisel him on torches), or myself... yes, I admit it -- I was a masturbatory gamer. I solo'ed Keep on the Borderlands and later the I3-6 series...several times. In case it wasn't obvious, I lived in the sticks and my gaming circle often numbered in the single digits (often the number was less than 2 and more than 0).

Anyway, I digress. My cousin suggested that we get a game together on Saturday (he was the first person I gamed with back in 1982 with the Moldvay Basic Set...in the Keep on the Borderlands -- hey +Mike W. Erwin why did you kill the "traders" again?). He was sick of the 1st -> Dead slog that the home game is often plagued with. We went to see Star Trek on Wednesday and he dropped that he wants to play 12th level characters. So, I should "come up with something." Fucker. Of course, I was like "sure, buddy. No sweat."

I combed through my collection - looking for the perfect one-shot 12th level adventure. Yeah -- don't. It doesn't exist. I was all set to run Mud Sorcerer's Tomb by Mike Shel (Dungeon Magazine #37). I read through it and I wasn't totally sold. I dug through Dungeon Mags until I found Kingdom of the Ghouls (Dungeon Magazine #70) by  +Wolfgang Baur.  This adventure is...interesting. True ghouls. A "human centipede" undead battering ram. Drow, Ilithids and other powerful underworlders on the run from a marauding ghoul army. Fun.
bother looking.

Then I realized something about the home campaign.

One of the parties early on had gone to a lonely barrow near Ravencrest Keep (KotBL) and found a black metal sword. Later, they'd traveled to Barrowmaze and released Varghoulis, the Death Knight. Who promptly took the sword from the cold dead hands of a 2nd level character and marched his undead army off to the north -- stopping at the Temple of Evil Chaos (Area K) to subjugate the evil clerics there to the worship of Nergal. Then, his army proceeded off to a little known shrine of the Cock God to resurrect the fucker.

So, the situation was that fifteen 12th level characters are alerted through various means that the undead are on the rise in the area of the borderlands -- big bad juju is on the way. A quick hit through Wizard Dawn B/X Character Generator got me the characters. A three hour development session got me a mass combat system with PC interaction built in.

BAM!  Ghoul armies led by True Ghouls, and bolstered with Flying Ghouls, zombies and Damned
Undead Battering Rams attacked. I had ghouls climbing out of a sinkhole in the keep plaza. Ghouls coming through the western wall in the inner keep, and the main gate and inner gatehouse in ruins by the end.

There were a few hitches (I kept forgetting to hit one of the wizards with an individual attack, in order to disrupt a well-placed Wall of Fire spell) -- but the game was a success. The players were begging for more. Also, the Wall of Fire spell really sucks in B/X. And Dispel Evil is really powerful!

But, alas, my beloved Keep on the Borderlands lies in ruin. Only 13 of the original keep defenders remained -- including the Castellan and a few of his lieutenants -- and seven F1 men-at-arms (I managed to kill three of the 12th level characters). With the remaining residents of the keep now refugees heading for Ironguard Motte, the fate of the keep and the characters hangs in the balance.  +Brenda Wolfe  (ever the mercenary) thinks that the keep now belongs to the characters... she still doesn't understand the political situation...but she soon will. A gaping hole to the underworld lies open in the main keep plaza (where the fountain used to be) -- beckoning for the characters to find the source of the ghoulish invasion.

Anyway, all that to say that I have a mass combat system that seemed to work pretty well. It was inspired partially by Kingdom of the Ghouls (thanks +Wolfgang Baur!) but modified to be a bit more detailed, account for PC individual actions, and have a more squad-level feel.

And here it is -- let me know if you use it and if you have edits. I think it worked out pretty well, but I'll let you be the judge.